Rocketbot is growing up (The Third) 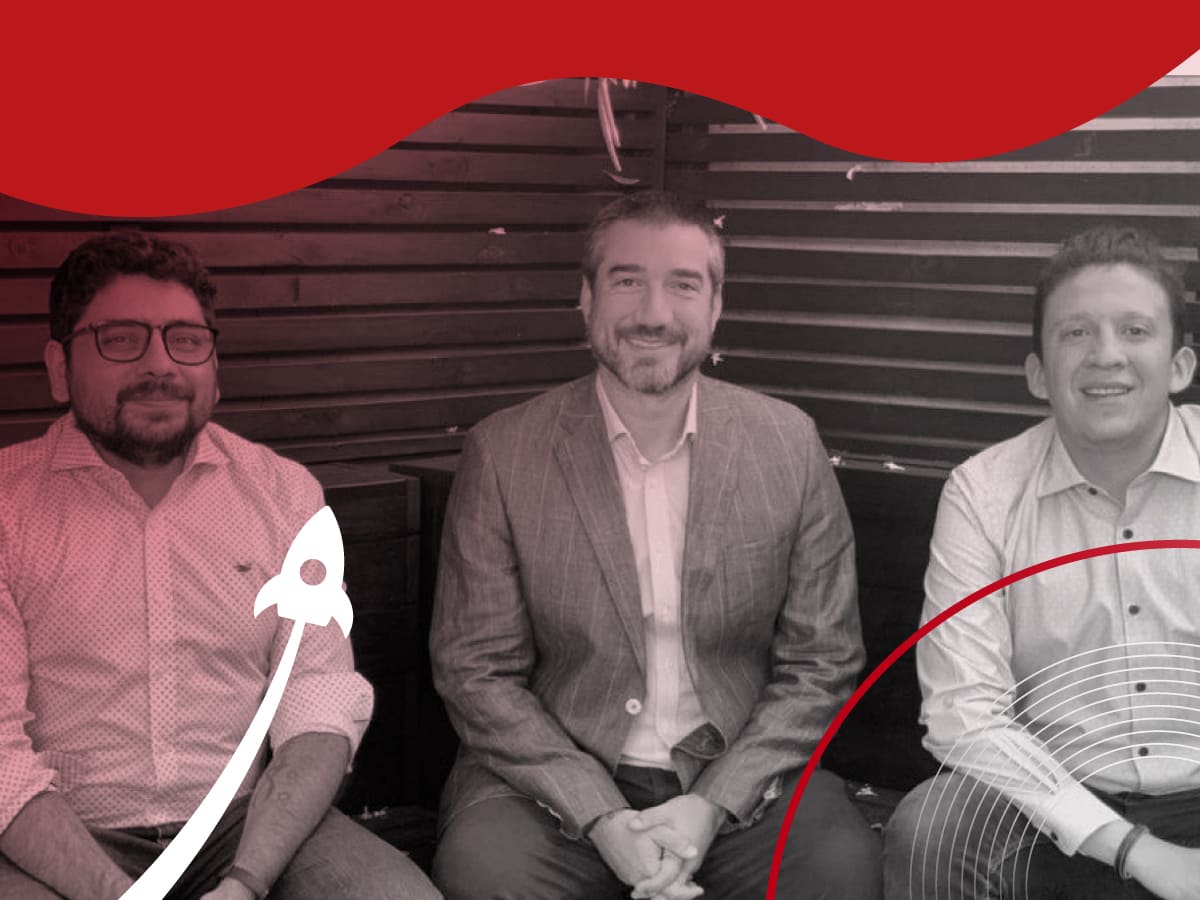 Not all start-ups can afford to hire a CEO, especially if the company has only been in business for two years and has had customers for a year. The partners of Rocketbot, the Chilean Rafael Fuentes and the Argentine David Cuello, prefer to do their own thing: one to sales and the other to technology.

They met online almost seven years ago through Workana, a freelance website. Rafael commissioned David with a project, and when he came to Chile to collect his salary, he took the opportunity to stay in Santiago for a few days. Over time he began to live in Rafael's apartment and they became friends (and partners).

David fell in love with Chile, encouraged by Argentina's economic problems. In 2014, he took his bed and his suitcase and settled on this side of the Andes with his wife and his four children.

One of the first things Rafael and David did was launch their first startup, Doonde, a geolocation-based platform that allows customers to buy online and go to a specific store to pick up their products. "It was like Rappi, but everyone took their own product," says Rafael. It was there that they gained their first hands-on experience in developing robots (computer programs that automatically perform repetitive tasks or processes. They are also called robots). Google asked them to create one to automate AdWords (Google's advertising platform). And soon enough, they put on the long pants and created an AI robot.

“But things started to get complicated. There were things that were not defined and we made many mistakes. The main one was the mobilization of capital. We were more concerned about that than revenue. It was a failure…” Rafael remembers without a hint of sadness.

Both partners had two options: remain entrepreneurs or hire employees. "David said to me, 'You're good at sales and I'm good at technology.' I'm good at sales, and I'm good at sales. A few weeks later, they opened a digital transformation consultancy. “We had several AI and machine learning projects, among others, but many companies asked us about price automation systems. And since we already had experience in this field with Google, we jumped in”, says the current commercial director of Rocketbot.

They started working with robots mainly for banks and insurance companies. Through trial and error. Currently, there are more than 40 companies in the sector. “We realized that robots don't work because we build them with pure code. So we took a turn and built a platform to better manage these robots in companies. This way of automating processes with good performance and control started to interest us and our customers”, says Rafael.

In March 2018 they had the first version and in July of the same year they decided to create Rocketbot. In March 2019, they focused 100% on this startup and left their consulting company. Four months later, they realized that the platform was ready, and since they already had an income stream, they started looking for investors. Manutara Ventures came up with $500,000, and at the end of last year they had $200,000 in revenue and about 30 clients, and they hired a CEO.

Rocketbot is based on a simple but complex premise: turn robots into "highly skilled workers for repetitive and structured digital tasks that allow workers to spend their time on creative and more productive work," the startup announces.

Beyond information technology, Rafael says that a big difference with other similar companies is the price. “There are three billionaire giants in this space globally, and they all charge a per-process (or bot) license. With Rocketbot, you can run multiple processes in parallel on the same infrastructure with a single annual license."

This seems to have been the key to "explosive growth", as Raphael himself acknowledges. A month after starting their business, they already had a partner in Peru. Today they have offices in Mexico, Colombia and Costa Rica and 140 clients in 15 countries. They broke even two months ago and expect to have more than $500,000 in revenue and more than 190 customers by the end of the year.

“In the case of pandemics, robots are even more important. For example, they have allowed South American banks to reschedule loan payments or process government grants for SMEs and individuals,” says the Rocketbot co-founder.

But Rafael and David (who is in Argentina during the pandemic) are enjoying something else these days. His startup was just named one of the world's 10 most innovative robotic automation companies, and Gartner has named it the world's highest rated and most adopted robotic process automation (RPA) platform. "This is the first step towards our inclusion in Gartner's Magic Quadrant," enthuses Rafael over the phone.

Rocketbot plans to raise $2 million in the next two months, earn $4 million by 2021, reach 500 companies, and open offices in the United States and Spain. Rafael is already packing his bags to go to Europe in October to start work, while David will leave next year to direct it from Mexico.